WPL Annual Global Summits have attracted several hundred of female Parliamentarians and other senior politicians from all around the world to Brussels, Rwanda, Ethiopia, Mexico, and Jordan. This year, the WPL flagship event will take place in Reykjavík, Iceland, on 28-30 November.

The WPL flagship event is the foremost global gathering of female political leaders. It convenes around 400 participants – women political leaders from around the world: Heads of State and Government, Cabinet Ministers, Parliamentarians, Mayors. In addition, other experts and thought-leaders from academia, business and civil society are invited to participate.

Participants meet in the Parliament of the host country. WPL Global Summits are always a cooperation between WPL and the host country’s Government and Parliament. International institutions such as the UN, OECD, World Bank and others join as partners.

These events adress today's interwined global challenges, and offer the opportunity to exchange best practice of and knowledge on political decision-making. Discussions are held with the puropose to get to action.

The WPL Annual Global Summit 2017 will be hosted, in cooperation with the Althingi – Iceland’s Parliament – and the Government of Iceland, in Reykjavík on 28-30 November.

This high-level conference will bring together at least 250 female political leaders from all over the world. 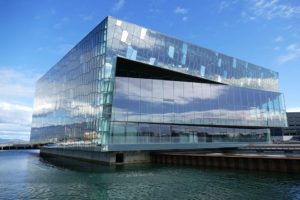 The Annual Global Summit takes place in collaboration with the Council of Women World Leaders (CWWL), whose Chair, President Dalia Grybauskaite of Lithuania, will convene CWWL's network of women Prime Ministers and Presidents.

he Summit will take place under the special aegis of Vigdís Finnbogadóttir. Icelanders made Vigdis Finnbogadottir the world’s first democratically elected woman president in 1980. Finnbogadottir, who served longer as president than any woman from any country, also founded the Council of Women World Leaders (CWWL) twenty years ago.

Iceland is the global champion of gender equality and the 2017 Annual Global Summit – titled, "We Can Do It!" – will provide a unique opportunity to showcase the Icelandic way to gender equality, as well as providing a forum for exchange on political best practices and experiences, leading to impact on legislation and political agenda-setting.

The Women in Parliaments Global Forum (WIP) in cooperation with the House of Representatives of Jordan hosted the WIP Global Summit 2016 (4-6 May 2016). This Summit, co-organised with the Organisation for Economic Cooperation and Development (OECD), was the first of its kind to be held in a Middle East North African (MENA) country and brought together female Parliamentarians from all over the world.

The outstanding selection of speakers included Dalia Grybauskaite, President of Lithuania and Chair of the Council of Women World Leaders (CWWL), and Marie Louise Coleiro Preca, President of Malta, among others.

This high-level event came in light of the progress made by women over the last several years, across the MENA region, to increase their participation in political decision-making. It presented a unique opportunity for participants to discuss the most pressing issues on the global agenda and engage in dialogue about the role and importance of female decision-makers in today’s world.

The WIP Global Summit 2015 was held in Addis Ababa, Ethiopia on 23-25 March 2015 and focused on the theme of New Leadership for Global Challenges. The summit was co-hosted by the African Union in the Headquarters of the African Union Commission and was co-financed by the European Commission.
WIP partnered with the United Nations and Government of Chile to present the Call to Action at the WIP Summit 2015, which was affirmed and signed by Members of Parliament in attendance. This Call to Action highlights how progress towards gender equality has been too slow and uneven, and underlines the necessity of taking immediate action in order to eliminate gender inequality by 2030 and achieving equal representation of Women in Parliaments.
Over 400 female Members of Parliament from 92 countries attended the WIP Summit 2015 which took place during the “African Union Year of Women’s Empowerment and Development towards Africa’s Agenda 2063” and the “European Year For Development“.

Make it happen! Influence and power of women in Parliament

The WIP Mexico Summit (7-9 October 2015), co-hosted by the Women in Parliaments Global Forum (WIP) and the Mexican Senate, marked the 40th anniversary of the First World Conference on Women.

The Spirit of Women in Parliaments: Advancing Society

The WIP Summer Summit 2014 (1-3 July 2014) convened the community of female Parliamentarians from 51 countries in Kigali, Rwanda.

The event was held in cooperation with the Parliament of Rwanda, which for the first time in its history opened its plenary for a conference of a group of international Parliamentarians. More than 200 female MPs addressed issues of peace, security, the post-2015 agenda and the impact of Constitutions during the meeting.

With 64% of Parliamentarians, Rwanda is since 2008 the first country to have a majority of women in its Parliament.

The Spirit of Women in Parliaments: Advancing Society

The inaugural WIP Annual Summit was the first time in history that all female Parliamentarians in the world were invited to gather in a unique conference in Brussels. Around 600 participants from more than 100 countries came together, which made the WIP Annual Summit an unprecedented occasion to discuss the issues on the Global Agenda from the perspective of female political leaders. Issues that were being addressed reached from “financial markets steered by women” to “women working together in the fight against corruption”.

The event was co-hosted by the European Parliament and international partners like the UN Development Programme and UN Women, the Inter-Parliamentary Union, Transparency International, the World Economic Forum and the World Bank contributed Working Groups to the programme.